Being A Father, And How To Understand The “Father Of Psychology”

Reflecting on Father’s Day last weekend, Joe Atanasio, a psychologist and father in My Wellbeing’s community, shares with us some foundational Freud concepts (he is the father of psychotherapy, after all), examines how they fit into his mindset as a mental healthcare professional watching his two kids grow, and why, once in a while, it all drives him crazy. 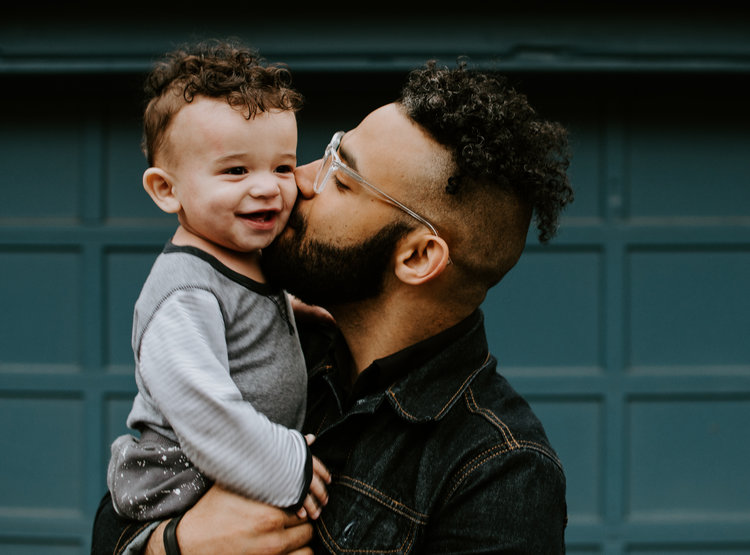 Reflecting on Father’s Day last weekend, Joe Atanasio, a psychologist and father in My Wellbeing’s community, shares with us some foundational Freud concepts (he is the father of psychotherapy, after all), examines how they fit into his mindset as a mental healthcare professional watching his two kids grow, and why, once in a while, it all drives him crazy.‍

"Who are you going to marry when you grow up?"

"You can't marry mommy, I am married to mommy."

"No, I will marry Mommy, she's my mommy not yours!"

-   A conversation between myself and my 3-year-old son

As a person-centered therapist -- one who allows the client to lead the discussion and avoids interfering with their process of self-discovery by imposing my own judgments -- I’ve long seen the limitations and biases within Freud's conservative and often rigid views on gender identity, sexuality, and individualistic choice or meaning in one's life. But watching my children navigate the intricacies of their early childhood years, I have to come to terms with the fact that Sigmund Freud, often credited as the Father of Modern Psychology, was very much right about many things.

It’s been difficult to accept, but there are very few psychologists today who would deny the profound impact Freud had and continues to have on society and psychology as a whole. And as a psychologist who is also a parent, Freud’s theories impact me more and more.

The above snippet of conversation between my son and me is one that many parents can relate to, even if not from personal experience. Society overflows with relational labels that were originally theorized by Freud: “Momma's boy” (Oedipal complex), “Daddy's girl” (Electra Complex), being “egotistical” (describing one's relationship with one's self), to give some examples.

Freud's structured therapeutic practice (and sometimes very questionable boundaries, such as inviting patients on vacation à la Bill Murray and Richard Dreyfuss in "What About Bob") led to deep theories about the human mind, how we see ourselves, and how we behave within our environments. The creation of these theories then lent themselves to further structured therapeutic interventions such as dream analysis (interpreting our dreams as important messages from our subconscious), free association writing exercises (the mental process of connecting a word or idea with whatever first comes to mind as a way to elicit the subconscious), and transference and countertransference (the awareness of behaviors and perceptions between a client and therapist).

Most importantly, Freud's practice led to the creation of one of the ultimate psychological concepts of the modern age: The Unconscious.

“Metaphorically, our conscious mind is like the tip of an iceberg, visible and present. Our subconscious is where the iceberg meets the water level, half in and half out, finding itself bobbing in and out of watery awareness.”

Metaphorically, our conscious mind is like the tip of an iceberg, visible and present. Our subconscious is where the iceberg meets the water level, half in and half out, finding itself bobbing in and out of watery awareness. Our unconscious lies deeper underneath conscious thought and awareness, and just like an iceberg, there is a lot more going on underneath than what is visible on the surface.

Freud came to the conclusion that our daily interactions, cognition, emotions, and behavior are almost always the products of unconscious and subconscious psychological forces at war with each other. Where as I consciously enjoy my yearly ritual of a shave and haircut on Father's Day with a pint of cookie-dough ice-cream, perhaps my unconscious is meeting its inner desires of being groomed like an infant while indulging in oral fixations. Or maybe I just like an hour to myself every now and then, free of children screaming and my wife pulling her hair from frustration.

“Where as I consciously enjoy my yearly ritual of a shave and haircut on Father’s Day with a pint of cookie-dough ice-cream, perhaps my unconscious is meeting its inner desires of being groomed like an infant while indulging in oral fixations. ”

Freud also believed in three essential parts to our psyche that still are part of many clinicians’ clinical conceptualization: the id, ego, and superego. While our id wants to fulfill the most primal desires and lusts of our human nature, our superego is there to fight back and reform us to societal standards.

We observe the unpredictable nature of the id in children’s shameless demands for what they want or need. My Father's Day is often spent making pancakes for the kids and taking them to fun-filled activities because, of course, they see every holiday as theirs, and they vocalize it as such. Even my son's inner desire to marry his mother would be described by Freud as one of the most essential and primal desires of the id -- an accomplishment to forever and securely acquire the love, care, and nurturing my wife has shown him since the moment he was born. Which is fine, I'll let him have his moment. Later on, when he and his sister crawl into our bed in the wee hours of the morning, sleeping in the most diagonal of positions, my wife and I will venture off to our small living room couch, share some intimacy, and likely shake our heads in bafflement and worry about what time the kids will wake us up the next morning.

Luckily, the battle between the id's desires and the superego's party pooping nay-saying is regulated by a mediator: our ego. Our ego chooses which desire to fulfill at which opportune or socially appropriate moment.

To manage the emotional distress that comes with neurotic, psychotic, or other psychological illness, people often use defense mechanisms to protect their emotions from internal conflict. Some of these defenses are consciously used; others are subconscious or unconscious. Some defenses can be healthy, while others can become habitual and detrimental to our health and the people around us.

My son's use of humor to navigate his anxiety and fears of the dark (partly exacerbated by my impressions of the boogeyman) are healthy defenses, as is my going to the gym to get out all my pent up stress, anger, and frustration when he doesn’t eat his vegetables. Me yelling at the person who cut me off on the Long Island Expressway for being an incompetent driver...not so healthy, as perhaps it derives from my own fears of parental incompetence that would be better managed or processed in my own therapy.

As a person-centered therapist, I place a focus on the present moment with my clients, empowering them to feel confident in the healthy choices they make for themselves. This contrasts deeply with Freud's beliefs and theories, which are deterministic and place an emphasis on the first 5-7 years of early childhood.

And while Freud was not only the father of psychology, but a father in his personal life, I sometimes find that his narrow way of thinking does a disservice to the diverse ways we now define family, sexuality, and identity, as well as our power to redefine these issues for ourselves in the present moment.

As a practicing clinician, and as a father, I believe some of the best ways to handle these challenges, among many others, are to incorporate theory within contemporary practicality. "You're right son, she is your mommy and always will be. I'm glad she's in both our lives".

A belated happy Fathers’ Day to the fathers in our lives. This week, we encourage you to think through some of your own obstacles through a new lens, examining where your ideas and ways of thinking come from more deeply, and consider beginning a therapy journey of your own.

Stay tuned to meet more therapists we work with at My Wellbeing in the weeks to come. Questions, comments, or feedback? We'd love to hear from you. Reach our team any time at [email protected]. 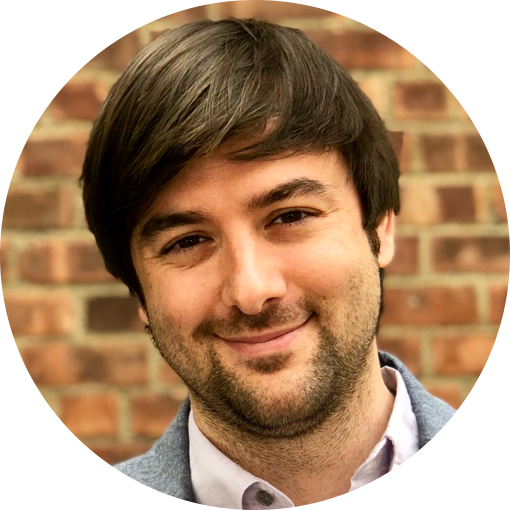 Dr. Joe Atanasio is a husband and father of two, practicing clinical and forensic psychology in Queens and Manhattan. He specializes in treatment of anxiety, depression, grief and loss, life transition, and tired fathers looking to emotionally let go and speak their mind.

Patterns: What I Learned In Trauma Therapy

What you need to know is earlier that year I met the man who I thought I was going to marry. You know how it goes - he kisses you on the corner of Leroy and Bleecker and you think you’re just going to faint right then and there, and he pulls away and looks at you with those ridiculous blue eyes and says...

I Skipped Therapy To Get My Eyebrows Waxed

Trusting My Mouth: Grieving During The Holidays

I can feel the weight behind my eyes and the heat in my throat. I know exactly what I want to write. And yet, to be honest, I have absolutely no idea how to write about the holidays because I can’t seem to remember a holiday that wasn’t traumatic.