Confronting Depression So I Can Become Mentally Healthy

Depression is something I wouldn’t wish on anyone. You find yourself in a dark place where you feel so tired and miserable that getting out of bed each morning can seem like a chore. In my own experience, I sometimes felt out of place around other people because their mood and energy were so different from mine. 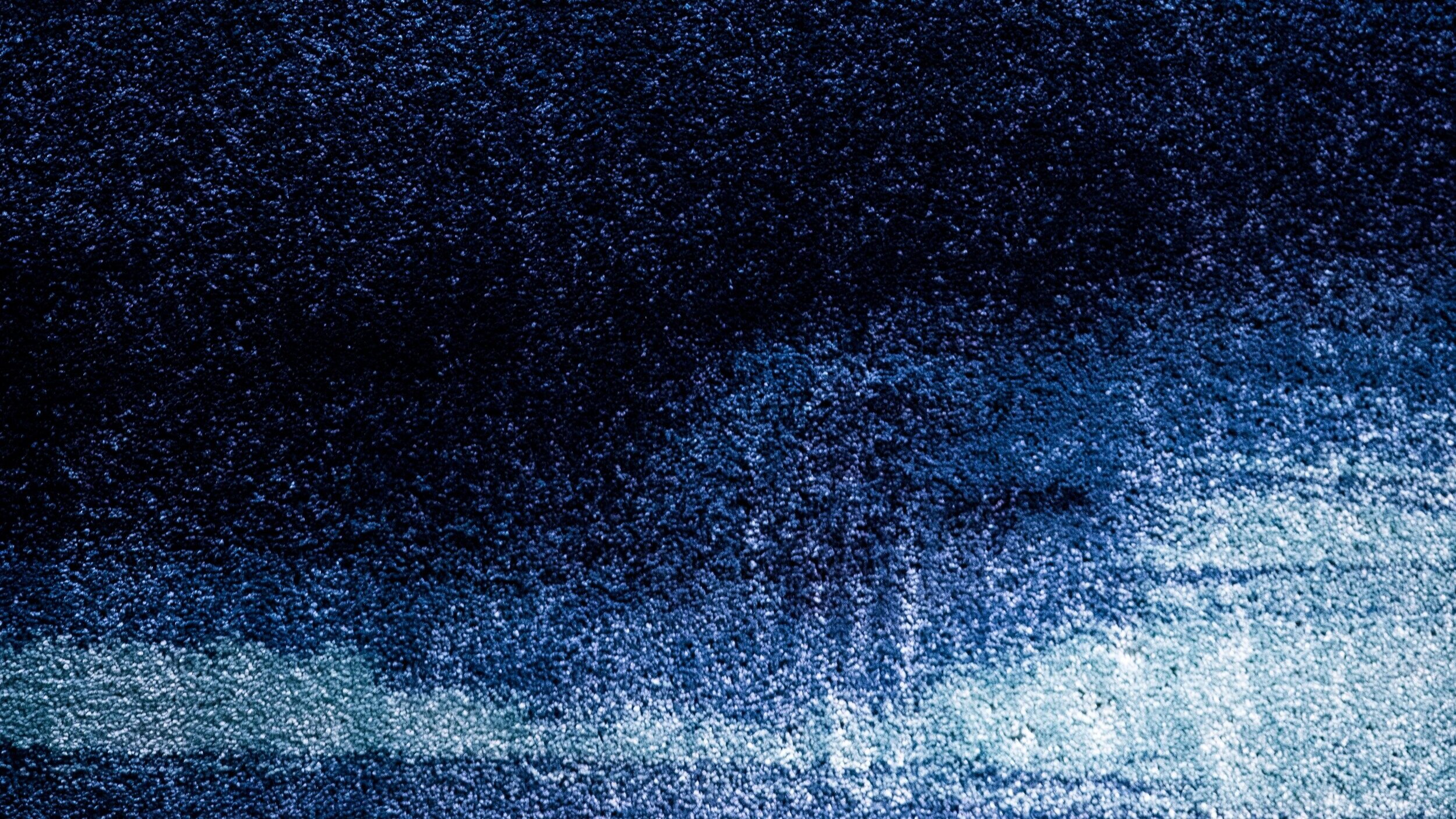 Trigger warning: this content contains references to suicidality, violence, and thoughts of self-harm. If you need support, please use this list of crisis resources.

Depression is something I wouldn’t wish on anyone. You find yourself in a dark place where you feel so tired and miserable that getting out of bed each morning can seem like a chore. In my own experience, I sometimes felt out of place around other people because their mood and energy were so different from mine.

I felt as if I couldn’t be happy because my mood would go south so quickly, and stay there. It seemed as if I was the only person who felt gloomy all the time. Worse, I didn’t realize I was on a path to self-destruction that had me come close to taking my own life.

I Didn’t Know What I Was Feeling Had a Name

I can recall feeling persistent sadness throughout my teen years. I grew up in a rough neighborhood. My mom was a single parent with a disability, and I’m an only child. From our apartment, we could look out the window and see people in the parking lot or across the street dealing drugs, and drinking beer like it was water.

My nerves were constantly on edge. I had fears of someone breaking into our apartment, and one day, unfortunately, it happened. Someone broke into our home and we were robbed at gunpoint. The guy was a high schooler. He and a buddy broke into several apartments within a couple of weeks. Every apartment in the building had only women and children living in them, with no male in the household. These guys had stalked people for a while before they started breaking in. That thought freaked me out for a long time.

Going to sleep with nightmares of a gun in my face didn’t go away. As a teen, I had more miserable days than good. My self-esteem was shot. There were many days I couldn’t stand the way I looked. Being made fun of and people snickering behind my back was the norm. It’s shameful how peers can make you feel like you have to look a certain way or do certain things to get them to like you, or even realize you exist.

I had so many days where I didn’t feel like eating. And when I wanted to, we didn’t have much at home. Sometimes I would purposely go for days without eating, out of self-punishment, when I didn’t like myself. I kept a knife in my room, on standby, thinking about using it on my wrists. I was an honor student in high school, likely because schoolwork kept my mind occupied. I figured that was the only thing I was good at. I wasn’t too fond of high school, and I couldn’t wait to graduate.

I had so many days where I felt so bad emotionally; I got sick to my stomach. I thought I felt so miserable because of high school. I figured maybe I would feel better once I graduated. But that was far from the truth. The feeling of misery and despair got worse. And I didn’t realize there was a name for it.

Deciding to Get Help Was Hard

Some people make it their mission to make things difficult for others because they are different. Being a female of color certainly has its challenges. While growing up, I had my share of being called out for my name and being black . At a young age, I had to learn to get used to it. When it comes to getting a job, it doesn’t make things any better. It’s frustrating filling out job applications and going to interviews knowing your race has something to do with you not getting a job. It is the conclusion I’ve tried not to come to when I’ve done everything else I could think of to show myself worthy of a job, including changing up my resume, changing my interview clothes, and even practicing mock interviews.

I had several jobs that I didn’t want — they were just to make money to get by. Then, I finally landed an office job. Soon after, I met a nice guy. We dated for a year, and we had our first child. Things seemed okay for a while, until I started getting stressed and burned out. My boyfriend and I were having relationship problems. I was having financial problems. My mom was having health problems. I was worried at work. trying to get things done. Under pressure and frustration, I snapped at a coworker.

Later, I felt so bad because I’d never done that to anyone before. At the time, my son was a year old. After that day, I was at home alone with my son, and I felt so fed up. I felt guilty for letting my emotions get ahead of my actions. I kept thinking, “Why do I even bother to keep trying when I just get myself upset again?” Every day, I felt like I was more miserable than the day before, and I grew so tired of it.

I really thought ending everything would make the pain go away. I grabbed a long knife from the kitchen, determined to use it on myself. In that moment, my son came from his room into the kitchen and looked at me with the knife. I felt even worse.

Suddenly, the thought of me laying on the floor surrounded by a pool of blood, with my toddler son by himself, didn’t sit well with me.

Emotionally, I was a mess, but I know I couldn’t take care of a child this way. I knew I had to do something about it — only because I didn’t want to see my child without his mom.

But a part of me still fought against the idea of seeking help. I was worried. I thought maybe things would get even worse, like having my child taken away, or getting fired from my job.

I decided to call my doctor and just say I wasn’t feeling well. That call was hard, and I was sweating a lot. When the receptionist said she could get me in the next day, I almost said no. I thought maybe it was too soon to go or that I needed more time. I just said, “Okay, I’ll take whatever is available.” I saw my doctor and explained what I was going through. She said, “You have classic symptoms of depression.” I thought, Wow, there’s a name for it?

And Then Things Got Harder

After going to the doctor, my treatment included medication, journaling, and support groups. While trying to get myself on track, things got more complicated. I was still having problems with my boyfriend. We both worked jobs, but he didn’t make as much as I did. After having our son and seeing our financial problems balloon while dealing with unexpected costs, things continued to spiral downward. My job got more stressful, and the money wasn’t covering the bills. I got behind on the rent and got evicted. We were close to living out of our car, and we were behind on car payments, too.

At the same time, my mom’s health was a growing concern. She had a learning disability, so she never had a job. I knew she’d had an operation when she was younger, linked to water in the brain. She’d had a brain shunt put in, but I didn’t realize it until it was too late. She was having problems where I could tell her brain wasn’t letting her function normally. Then, she had a seizure while taking a bath, and she drowned.

Losing her was so hard. I don’t have siblings, and to this day, I’m not close to extended family. I’d just gotten diagnosed with depression, and I didn’t have the opportunity to tell her. No one knew. I was trying to choose a few people to be a part of my support network. I wanted her to be the first. When I wanted to talk, she was the only one I could talk to, and now she was gone.

Getting to a Better Place

I think losing my mom gave me a different perspective on living. I realized I’d spent a significant chunk of my life feeling sad and hopeless. I wish I’d had a chance to tell my mom about my depression, but a part of me thinks she would have been sad or even upset.

I had to figure out where to go from there.

I feel like this is more than just a journey. It’s life skills that need developing, lessons to learn, and willingness to do what is necessary to stay on the road to recovery. Before I started treatment, I didn’t realize your mood and thoughts have such a strong connection to your behaviors and actions.

After dealing with depression for so long, it will take time to get mentally healthy. It takes time to open up to new experiences, new people, and new perceptions. While there are many things you can do to help yourself gain control and manage your symptoms, it’s important to remember you’re not the only one who feels this way. It’s the reason why your voice matters.

Read Part 2 of this article: Invaluable Lessons from My Depression

What Learning A New Language Taught Me About Vulnerability

Learning Spanish, however, allowed me to be gritty. The difference was that it was okay not to know everything. It was okay if I couldn't conjugate a word correctly, or if vocabulary slipped my mind. No one -- myself included -- expected me to be perfect at Spanish out the gate. That would be wildly unrealistic -- I was still learning.

Invaluable Lessons From My Depression

Depression makes you feel dark and gloomy inside, but when you are willing to face the truth about how it affects your life, there is a bright side, and the advantages may help you focus on moving forward. Dealing with depression is more than just dealing with persistent sadness and mood swings. It involves understanding how to replace negative thoughts with positive behaviors. For example, before I sought help for my depression, I would label myself as a failure for not reaching a goal, and exaggerate the outcome. Instead of dwelling on the result and letting negative thoughts take over, I learned to challenge my thoughts.

A Predisposition To Chaos: Setting Boundaries After Domestic Violence

Do you want to come home for Christmas?