Divine Feminine: When Your Mind Cannot Make Sense Of Your Experiences 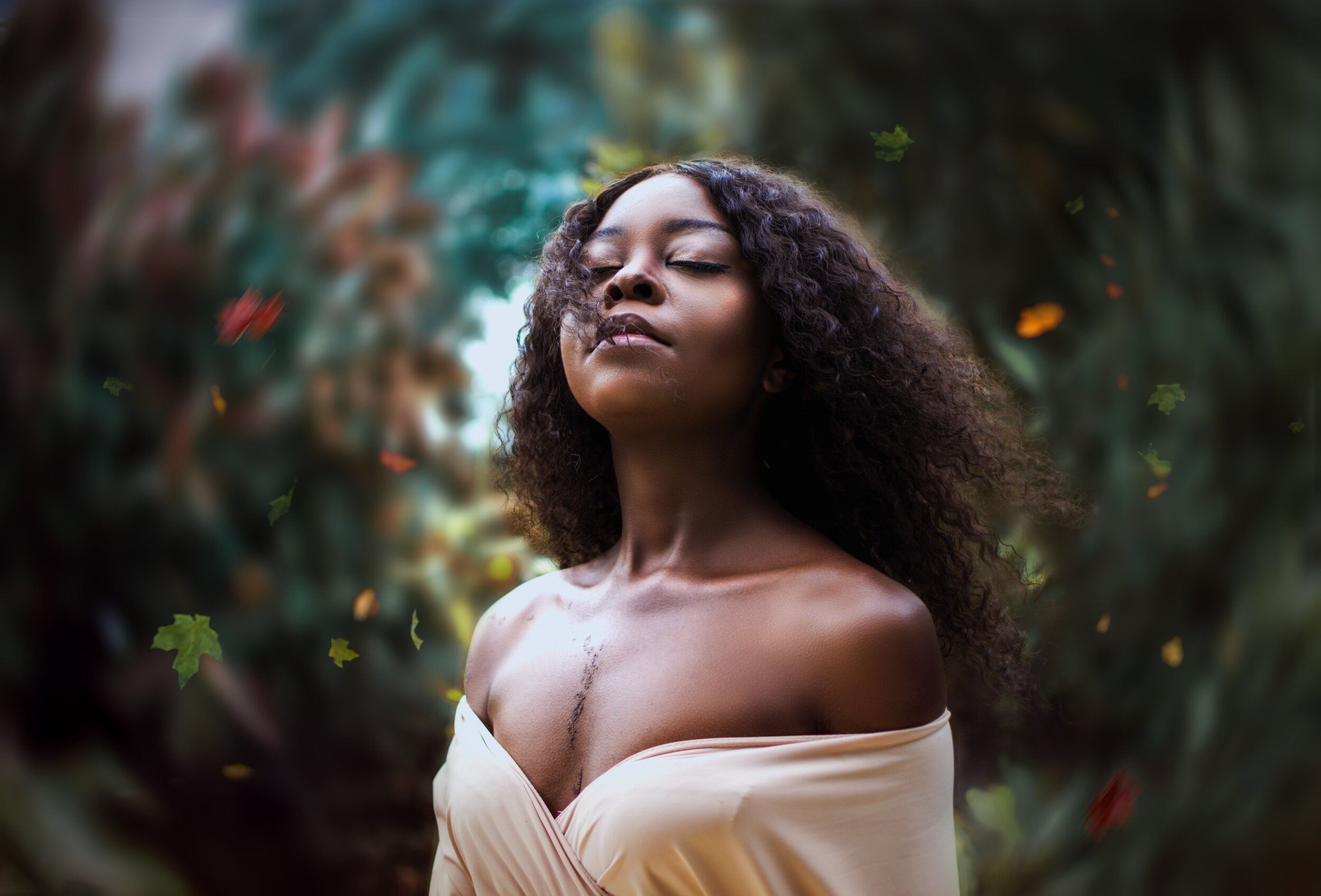 In this week’s post from Shamanic Reiki practitioner and MyWellbeing therapist Thalia Longchamp, we learn more about the Divine Feminine. If you would like to learn more about Thalia or schedule a consultation with her, please visit her profile page.

We live in a time where words like “awakening” and phrases like “I’m spiritual” have been thrown around so much that the wellness industry has grown into a monster that is now worth trillions of dollars. Spirituality, Gurus, and self-help books have been, like all things derived from a place of purity, put into a digestible package to be sent out and consumed by the masses. What used to be considered fringe, pseudoscience, occult, woo woo, and New Age is now an integral part of society that many profit from and/or participate in- whether or not they have been initiated by Spirit to understand and integrate DNA activating codes, and whether or not they have had experiences that have led them to explore the “world” beyond the veil.

We are living in the age of the Insta Guru, the Wellness Influencer, and- let’s be honest- a bunch of other labels that are good excuses for many to not have to actually commit to anything, especially themselves, in any real way. But any one worth their salt, who has been awakened, who is remembering who they are, and who has been called and initiated in to a life where unimaginable magick happens to them almost every moment of every day knows that commitment to yourself, your journey, and being of service is the only way to enlightenment. True spiritual awakening demands commitment from you.

This Is Not Only The Age of Aquarius; It Is The Return of The Divine Feminine.

One of the roles of the Divine Feminine is to burn through all illusion, beginning with herself and ending with society. The illusion is what the masses are used to consuming because the truth is what most are not prepared or willing to digest-yet.

The Divine Feminine forces others to see themselves. She is the oracle that the Divine Masculine turns to when he needs to be led, she is the catalyst for mass awakenings, and she brings restoration for generations of ancestral trauma in her family’s bloodline.

But, to anyone looking closely enough, it is very easy to distinguish between a Divine Feminine who has traversed the deepest parts of herself and has reached the other side able to emanate healing light and offer alchemizing wisdom for all in proximity to her, and a Feminine who preaches “101 ways to stay positive.” (There is nothing wrong with being positive, but again, for those who have not been called to the path of true self-actualization by Spirit, this idea of “staying positive” translates on a subconscious level to Spiritually Bypass. Also, it associates positivity with being good and negativity with being bad, when again a true Divine Feminine knows that neither actually exists.)

But we’ll get there.

What is Spiritually Bypassing?

Spiritually Bypassing is the idea that Spirituality means “feeling good” and using that “feel good” band-aid no matter the circumstances, especially when the circumstances are perceived as bad.

Spirituality is not about feeling good.

Spirituality does not really mean anything except accepting yourself as a Soul that is having a physical experience.

And even that is not spirituality’s definition because Spirit, the Soul, and consciousness are not concepts that can really be understood by the mind. And that’s a good thing!

Happenings of the “world” beyond the veil are experienced by your soul and consciousness, and your consciousness precedes your mind. The mind can try to compartmentalize, make an equation, and even find a pattern for things that happen on a soul level. And these functions of the mind trying to understand Soul-based experiences may even work for a time but, because consciousness is always expanding as well as our Souls, the mind inevitably will not be able to keep up. And again, this is good!

Surrendering to the limitations of the mind and the limitlessness of the soul is one of the most “spiritual” things you can do.

The Divine Feminine and the Human

Now, since the Divine Feminine is the great alchemist, oracle, and creatrix, how is a human woman (or man, as Masculine and Feminine are not gender specific; they are energies) supposed to make sense of when she does have a real, life-changing experience with Spirit? How does the Feminine make sense of the fact that her life as she knows it is crumbling away because she is awakening? Most importantly and very blatantly, with all these shifts, relationships falling apart, insights, realizations, hyper-sensitivities, and psychic gifts reemerging, how does she stay sane?

That death and rebirth that the Divine Feminine gets initiated into is one of the miraculous expressions of Source.

The mind cannot understand it because that is not its function.

When people in the New Age community speak of “letting go” and “surrender” and “ego death,” this is what they mean.

The Divine Feminine, through so many trials and deaths of the self and persona, eventually awakens to her Eternal Self, relaxes her mind, moves into her heart, and feels into her Soul-- this is her truth.

Her truth is an inner knowing that to get to the heart of any matter especially regarding Spirit, she has to FEEL.

Good and bad are in a process of no longer existing to her, things just are. The Divine Feminine understands that we live on a planet governed by polarity but that beyond the Third Dimensional (physical plane), polarity does not exist.

She understands that both negative and positive experiences and emotions are part of the greater whole on the journey of Ascension. She comes to know that, ultimately, all aspects of herself both shadow and light and everything in between are VALID and inherently worthy of love. Contrary to what she has been taught from the world- she is love itself- love is not outside of her.

This concept of her being actual love and that love is not something she should have to fight for or earn is a concept her mind has fought her on but inevitably lost.

The Divine Feminine recognizing herself as more than just her body and mind, which she honors but is not attached to, is the destination.

But it is a destination that is asymptotic.

What so much of the wellness industry and Insta gurus miss about spirituality and spiritual awakening is that the path or paths to enlightenment follow themes and archetypes that have existed on multiple timelines and dimensions of this planet. It follows these themes and archetypes to be understood by the mind and create meaning and find osmosis through any sort of suffering and gained wisdom.

Often times if not most times, the path to self-actualization is not sunshine and roses- especially for the Divine Feminine.

It is brutal because it has to be.

The Divine Feminine’s collective consciousness has known oppression, slavery, voicelessness, rape, sexual shame, repression of natural gifts, being burned at the stake, and the other traumatic experiences that have been stored in her DNA from her ancestors.

All of this brutality has been done to her in the name of fear. The fear of what the Divine Feminine can and will become if she is unleashed, free to express her gifts and ferocity and emotions and sexuality and to live the way Source has intended for her-- not the world-- Source.

So, of course, her path to release herself from the invisible chains that bind her indomitable spirit is going to be challenging. But the beauty lies in constantly breaking through to the other side of these challenges, even if she loses heart or hope. It is her will to continue fighting when the child in her just wants to connect, have peace, and rest, that makes her existence a spectacle to be admired.

The Divine Feminine’s journey is truly sacred, and one that must be revered. It must be comprehended as something holy by those who are responsible for putting out content to Western society en masse because spirituality is not entertainment.

Spirituality is not romantic or for the faint of heart.

Spirituality is not something to obtain; it is not bought and it is not sold. The human mind, the ego, wants an identity, it needs it to see itself as alive and functioning and a “part of.”

The Spirit doesn’t concern itself with whether it is a “part of” because it knows that it is never, has never, and will never be separate.

The Divine Feminine’s mind will eventually give up trying to make sense of her experiences.

It will, because it has to. In the Age of Aquarius and in the dawn of the Return of the Divine Feminine, her mission is to BE.

It is in her BE-ing that lights the way for others to just BE as well. With her being and her BE-ing she inspires calm, incites mystery, and works on behalf of Spirit to invite others to step into her world where her beautiful mind is just the tip of the iceberg to the multiverse that is her. It is through stepping into the world of The Divine Feminine, that you awaken the Divine within you, which is the beginning of your path to Enlightenment- which is the path to your infinite self. The self you have been always waiting to meet, the self your soul wants you to remember, and the self you were created to experience and love.

The Spiritual journey has always been you, in all of your glory and light.

Brainspotting is a form of psychotherapy that uses the position of the eyes as well as bilateral stimulation to help the client heal from painful experiences. So how exactly does it work and who can benefit from it?

Why Your Self-care Isn’t Working

There’s a good chance that, at this point, you know all about self-care. But despite knowing all about it and what we’re supposed to do, time and again, we realize that it’s just not working for us. At its core, self-care is the practice of activities that an individual initiates and performs on their own behalf to maintain life, health, and wellbeing. But it’s not as easy as it sounds. Here are a few reasons your self-care efforts might not be working.

How Missy Franklin Works Through Performance Anxiety And Depression

This week, I share the emotional and motivating piece by the New York Times, highlighting Missy Franklin and her journey with performance anxiety, depression, and life transitions, seeking to bring love and joy back to her career as a swimmer. 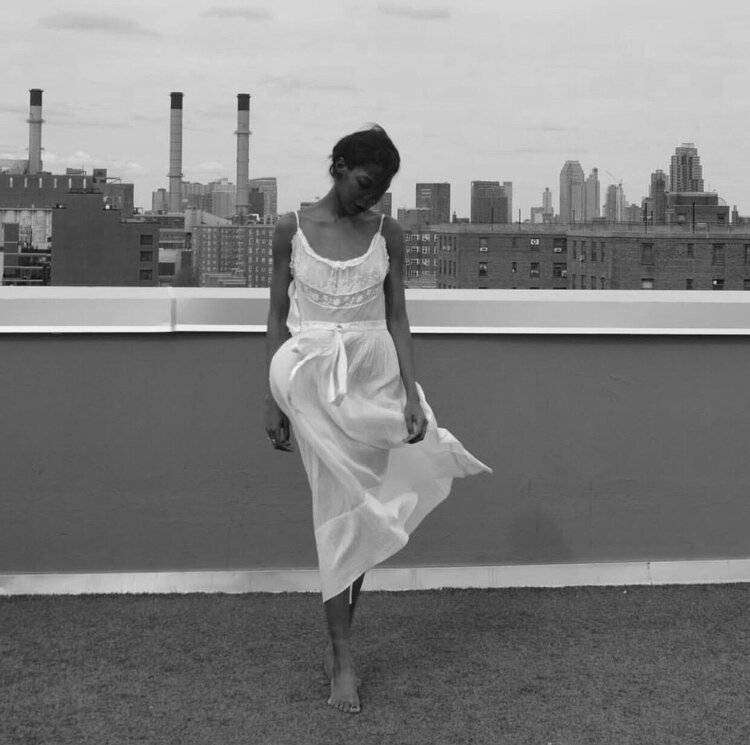 Thalia is an empathic and hyper intuitive Shamanic Reiki Master. Her passion is to help people see and and actualize the light within themselves, to get them through even the thickest and darkest points of their lives. Thalia was born and raised in Manhattan, and her purpose and first love is assisting other souls along their journey.

If you would like to learn more about Thalia and her therapy practice, please visit her profile page or her spiritual community.